skip to main | skip to sidebar

Tales from the Decameron Poster 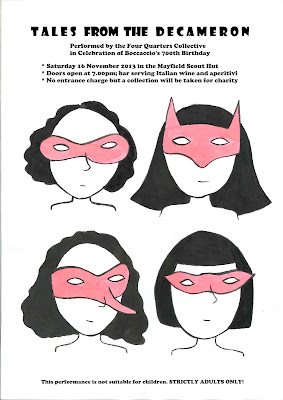 Four Quarters:
a collaborative art project in which four residents of a Wealden village document and celebrate the cycle of the seasons in words, photographs, drawings and site specific or environmental sculpture.

Why?
"Because what we habitually see confirms us."
- John Berger, from 'The Shape of a Pocket'

Unless otherwise stated, all words and images on this site are © The Four Quarters Collective, 2009-2015